11 of the Best Minnesota Breweries for Sampling Nonalcoholic Beer

11 of the Best Minnesota Breweries for Sampling Nonalcoholic Beer

Nonalcoholic (NA) beer remains a small part of the massive beer market, but it’s a steadily growing segment. According to a recent sales report, it hit $100 million and grew a whopping 96% between February 2021 and February 2022, reflecting a sober-curious trend that has also spilled over into the wine and spirits world.

Over the past few years, emerging brands like Athletic Brewing and old standbys like Guinness have both made waves with complex flavors in a segment once dominated by dull lagers. Minnesota is also leading the way thanks in part to the innovative St. Paul company ABV Technology. Rather than rely on high temperatures like NA producers once did — something that strips away not just alcohol, but a beer’s flavor and body — ABV provides brewers throughout the country with a proprietary vacuum separation process that turns a fully-fermented beer into a rich NA recipe.

According to ABV’s running list, at least 30 Minnesota breweries were producing NA beers as of late 2022. Outside of Minnesota, ABV Technology also produces NA beers for popular breweries like Evil Twin, Other Half and Great Notion.

Little Thistle is one of the breweries working closely with ABV. Co-owner and head brewer Steve Finnie says they started with an NA cream ale since it is so approachable.

“We did a test batch,” he explains, “and I was very surprised that there was some good body and flavor, with minimal hop presence.” He’s also tried porters and stouts that resemble Finnie’s original recipes and may be the Rochester brewery’s next offering.

ABV isn’t the only player in town. In the summer of 2022, Finnegans purchased Hairless Dog, a burgeoning NA beer company that launched back in 2016. Finnegans has kept Hairless Dog’s Citra Lager, IPA and Black Ale as a separate brand while the storied Minnesota brewery develops its own recipes. Minnesota even has an entire bottle shop devoted to nonalcoholic products now: Marigold in South Minneapolis, which carries everything from heady wine to hoppy tea.

“The state of NA in Minnesota is insane right now,” says Ashley Hauf, the director of sales and marketing at ABV Technology. “In the past, you’d settle for something like O’Doul’s because it was the only option, and light lagers or pilsners were traditionally all you could find [in the low-alcohol market]. ABV has had major success with sours, hazies, Kölsch — you name it.”

Below are some of the spots making tasty NA beer for the next time you’re exploring taprooms across the state....

While ABV has perfected barrel-aged stouts and IPAs on its system, a lot of its NA partnerships are cream ales, because you can increase flaked oats in a recipe to maintain its mouthfeel and easily add fruit afterwards. In Little Thistle’s case, it’s exactly what you want from a cream ale: a perfect crowd-pleaser.

Lonely Blonde is a popular Minnesota beer that feels like it’s been around forever. And now this American blonde ale has been reproduced in NA form. The regular beer is light and floral, and the NA version is similar, though the body is a little sweeter and less robust. Much like cream ales, blondes are considered a compelling intro to craft beer, one that’s light in flavor and leans into herbal or floral notes depending on the hops being used.

Fulton’s hop water is a completely different kind of product, but it’s a nice way to get a hit of healthy, hoppy flavor.

Fair State also makes hoppy water that highlights several various hop varieties. A Citra and Mosaic combo boasts bright citrus flavors, while another blends Citra with CBD for a laid-back mango vibe. Other Fair State offerings include a Citra with Centennial or Galaxy hops, and limited cans of Hypercold “near-beers” that are modeled after Fair State’s classic Pils and Vienna Lager.

The Nah series comes in several flavors, including helles, amber, hefeweizen, IPA, and a pink guava sour. The helles was introduced a few years ago and was an early hit in the highly competitive Minneapolis market. If you had it without knowing it was nonalcoholic, you’d think it was any old regular helles: bready, crisp and downright tasty, with a hint of honey.

Sitting in Baxter surrounded by lakes is Jack Pine and its Dead Branch cream ale. The taproom-only beer is typically available on draft. If not, you’ll find a different NA standby like the Duck Pond brown ale.

A visit to the North Shore can also net some sweet sightseeing opportunities, with Ursa Minor’s NA cream ale satiating the thirst for a beer at the end of a long day. The beer is typically on tap, and for now, it’s Ursa’s sole NA offering.

Eastlake tends to rotate its NA offerings. One standout is a rich almond milk stout, which tastes exactly as advertised. A big, double-digit ABV Tsathoggua imperial stout is currently available in NA form at the taproom in singles and four-packs. The dichotomy here is striking. The NA version loses a little sweetness from the lack of alcohol, but retains a motor-oil black color, a frothy, leather-brown head and hints of molasses and cocoa. It seems like it shouldn’t work, but a test batch of a barrel-aged beer at ABV from another brewery proves that big beers can retain the highlights of their original recipe.

This suburban brewery stays on top of beer trends by making a lot of hazy IPAs and fruited beer. 9 Mile also specializes in nonalcoholic sours, including a peach passion fruit that was released in September. It retains a thick body and mouthfeel, which can be lost in some NA beers. 9 Miles released another sour beer in the summer with orange and mango overtones, and will continue to rotate NA recipes in the months ahead.

So far, Arbeiter has released three nonalcoholic beers: an India Pale Lager, a mocha stout and one with chai. The India Pale Lager was a clean, hop-forward beer, while the mocha stout featured layers of cocoa, coffee and sweet milk.The chai was akin to drinking a chai latte. These might return, but currently, Arbeiter has a mango India Pale Lager on tap, and upcoming releases may include Breaking Bread (a pumpernickel rye ale) and Acid Factory Tropical Sour (made with plums). Arbeiter aims to always have one on tap, but wants to push the flavor and style envelope.

A nonalcoholic pilsner and Oktoberfest are both on the menu right now at Copper Trail. The pilsner is their constant NA, but they also provide seasonal offerings that rotate.

NA Tropical Fun Pants is currently on tap at Lupulin, and it’s a fruity one with mango, passion fruit and pink guava. In the past, the brewery has released its CPB chocolate peanut butter porter and a gose in NA form. Both NA CPB and NA Tropical Fun Pants will be released in 16-ounce 4-packs in the coming months. 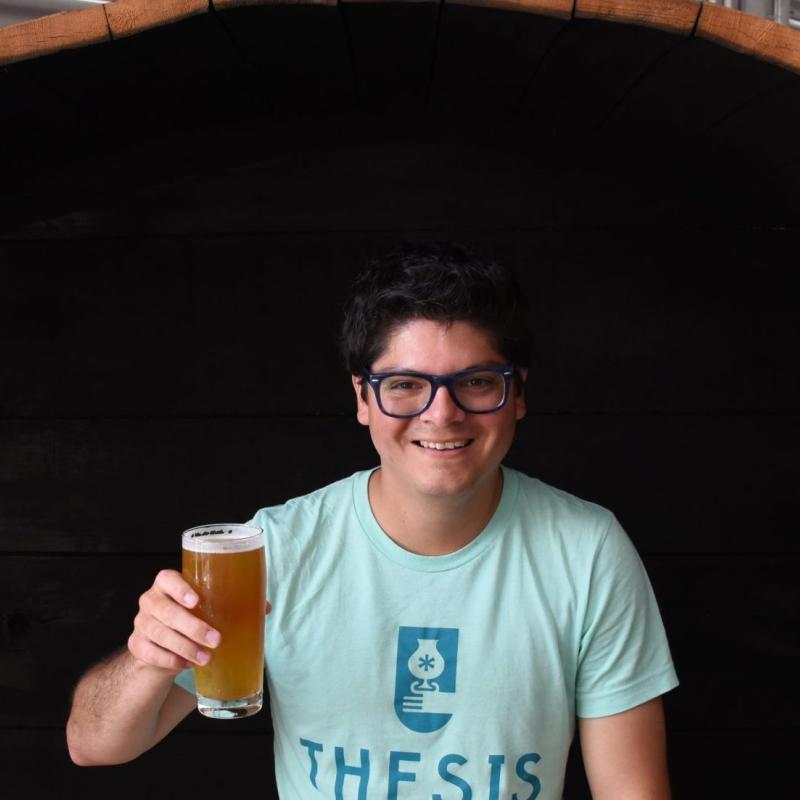 Louis Livingston-Garcia has a bachelor’s degree in journalism and a minor in Japanese language and education from the University of Wisconsin–Oshkosh. He has written for newspapers in Kodiak Island, Alaska, Wisconsin, and Minnesota. His written work has been featured in many publications including Growler Magazine, Heavy Table, City Pages, 507 Magazine, Official Xbox Magazine, Game Informer, GamesRadar, October, and more. He has professionally photographed Kodiak bears in the wild, Minnesota United FC soccer matches, and countless breweries. If he isn’t traveling around the world with his wife, he is most likely playing video games or reading with his cat, Miyamoto (yes, named after the creator of Super Mario Bros.), in his lap, and a beer nearby.

Green Travel Tips: Plan Your Next Eco-Friendly Vacation in Minnesota