Ducks Fly (North) Together: A Mighty Ducks-themed Tour of Minnesota

Ducks Fly (North) Together: A Mighty Ducks-themed Tour of Minnesota

Quack, quack, quack! Grab your favorite Mighty Ducks fan and unleash the Flying V on this self-guided tour of every Minnesota location featured in this beloved 90s trilogy.

The first Mighty Ducks movie began filming in Minnesota back in 1991 and its runaway success prompted two sequels. Now, 30 years after the first movie wrapped, the quack attack returns to Minnesota in their new TV show, "The Mighty Ducks: Game Changers," on Disney+.

Calling all fans of the franchise: skate your way across the State of Hockey on this self-guided, Mighty Ducks-themed tour of Minnesota.

Minnesota Locations in "The Mighty Ducks"

In one of the most memorable scenes of the movie, the Mighty Ducks rollerblade through the world-famous skyways of downtown Minneapolis. When the Ducks visit the skyway, they skate over Nicollet Mall and Fulton Reed memorably rolls down the glass steps of Gaviidae Common. These days you may barely recognize Nicollet (which received a dramatic face lift and dropped the "mall" from its name a few years back) but the steps at Gaviidae Common are still just like you remember.

During the scene where Coach Bombay and Charlie’s mom stroll through a winter festival and admire the ice sculptures, the “ice castle” overlooking the park is actually the Landmark Center, a popular event center that hosts a variety of events throughout the year (including the annual Saint Paul Winter Carnival the movie seems to be imitating).

Ducks fans will recognize Mickey’s as the 24-hour diner in downtown St. Paul where Charlie’s mom works. The historic, red and yellow dining car is the most-filmed location in Minnesota and one of America's first Art Deco-styled diners. But despite its impressive pedigree, Mickey's remains one of the city's best spots for a cheap and tasty meal. Whether you're on a Ducks tour or just looking for the best hash browns in town, Mickey's has you covered. (Mickey's is currently closed until spring 2022.)

The first meeting between the District Five team and the Hawks takes place at this indoor rink near the Minneapolis Sculpture Garden.

Shortly after agreeing to coach the team, Coach Bombay takes his limousine onto the ice at Peavey Park to meet up with a group of soon-to-be Ducks players. Located just south of downtown Minneapolis, the park has a playground, walking paths, picnic areas and more—but no hockey rink. That was pure movie magic.

After their memorable rollerblade tour across the Twin Cities, the team reunites with Coach Bombay in front of the Band Box Diner in the Elliot Park neighborhood. The Band Box is one of our favorite Minneapolis restaurants, and has been serving up greasy spoon delights since 1939. The building even was designated a local landmark by the Minneapolis Heritage Preservation Commission in 2000.

Collectively known as the Chain of Lakes, these five Minneapolis lakes are some of the best places to spend time outside in the Twin Cities and boast miles of paved paths for outdoor activities like running, walking, biking and, of course, roller blading, The Ducks can be seen blading around Lake Harriet and Lake of the Isles.

The team can be found weaving through roads near Interstate State Park. On the border of Minnesota and Wisconsin, this park has spectacular views of the St. Croix River, rock formations, a scenic river boat tour and great spots to hike.

As the team's rollerblading group grows, it crosses over the mighty Mississippi River to grab Goldberg at his family’s deli. Detail-oriented viewers may notice the Goldberg family business looks an awful lot like Kramarcuzk Sausage Company in Northeast Minneapolis. That's because the scene was filmed inside of this popular Polish deli and restaurant. You probably won’t find Goldberg behind the counter if you visit today, but you'll still leave happy after seeing the incredible variety of meats, cheeses, baked goods and Eastern European foods.

Thanks to this iconic scene, every Mighty Ducks fan dreams of skating through Mall of America: After convincing Averman to ditch his post at the mall's movie theater, the group blades through the mall's in-house amusement park, which was known as Camp Snoopy when the movie was filmed and has since rebranded as Nickelodeon Universe. Much of the park has changed since D2 was released, but the carousel and log flume are both practically untouched, perfect if you're seeking Ducks-era nostalgia.

As the rollerblading group grows, they make their way to the Stone Arch Bridge and are reunited with Connie and Guy who share a romantic moment high above the Mississippi River.

Herbie's on the Park, St. Paul

D3 focuses mostly on the team’s time at school but still manages to visit a few local spots including Herbie’s on the Park, where the Ducks go to dine with the varsity hockey team. Named for Minnesota hockey player and coach Herb Brooks, the restaurant is full of impressive hockey memorabilia and conveniently located just a short walk from the Xcel Energy Center, home of the Minnesota Wild.

For more of Minnesota on the silver screen, check out our lists of movies filmed in Minnesota, TV shows that made Minnesota famous and Minnesota foods on TV. 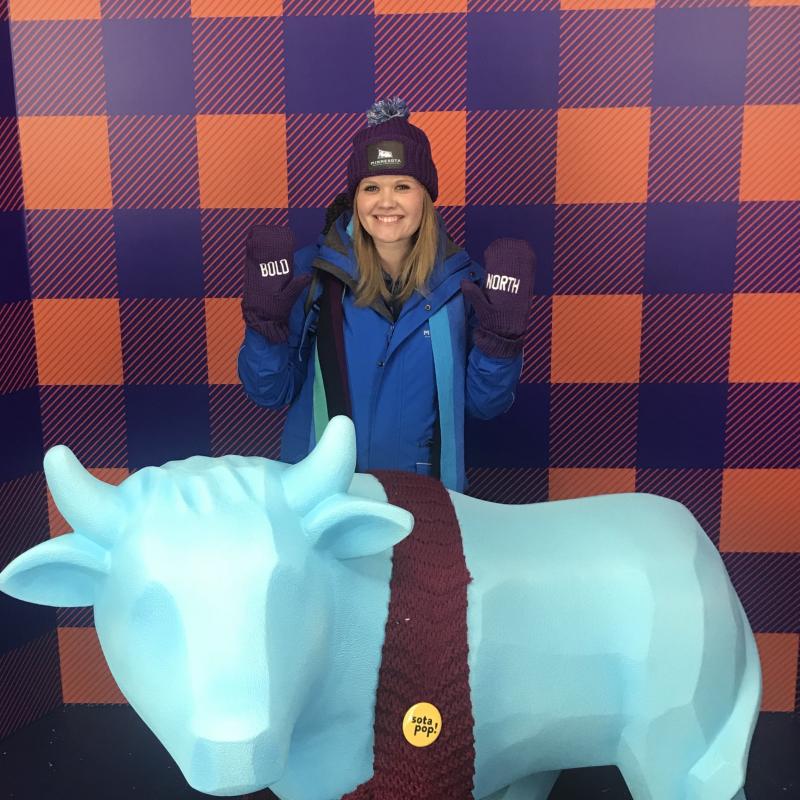 END_OF_DOCUMENT_TOKEN_TO_BE_REPLACED

8 of the Spookiest Sites in Minnesota